In 1894, shortly before Utah became a state, Congress created a land trust including one-ninth of the land of the state to support our public schools. Today, schools still have 3.3 million acres scattered around the state. These lands are held by the state as trustee for our public schools. The lands are managed by the School and Institutional Trust Lands Administration (SITLA). All net revenue is saved in the permanent State School Fund.

Under the Utah Enabling Act and the Utah Constitution, all net revenue is saved in the permanent State School Fund, which is currently over $1 billion. Investment of the permanent State School Fund is under the prudent direction of Richard Ellis, State Treasurer. Interest and dividend income is distributed by the School Land Trust Program through districts and directly to each school. All capital gains are retained in the fund to grow the fund and its impact on schools.

The School Land Trust program brings tens of millions of dollars annually to academic programs in public schools across Utah. These funds are the only discretionary funds’ many schools receive. Each school elects a school community council consisting of parents, teachers, and the principal. Councils carefully study their school test scores, decide which areas they want to improve and develop a School Improvement Plan. From that plan, a council chooses one or more academic areas on which to focus its annual trust dividend from the School Land Trust program to improve student performance.

Each school elects a school community council consisting of parents, teachers and the principal. Charter schools are not required to have a council but instead have trust land committees that make decisions about the School Land Trust Program. Your council or committee prepares a plan that identifies the school’s greatest academic need(s).

Your council or committee receives an annual dividend from the permanent State School Fund every July to implement your school’s approved plan for the next school year.

Councils set measurable goals with a plan to achieve the goals and submit the plan online. Their local school board will approve the plan or may ask for revisions before approval. Funds are only distributed to schools with approved plans.

The USDB Advisory Council Acts as the School Community Council. 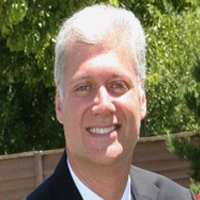 Philippe Montalette of Utah is a data analyst for Sorenson Communications and has been with the company for over 12 years. He earned a Bachelor of Science degree in Information Technology from the University of Phoenix. He is currently treasurer of the National Association of the Deaf (NAD) as 3rd term. He is a former president of the Utah Association of the Deaf (UAD). Montalette’s passion is working with and raising funds for various local non-profit organizations like UAD and Sego Lily Center for the Abused Deaf. He strongly believes in partnerships with different organizations. He has enjoyed hosting ASL Films movies in Salt Lake City and St. George for a few years. Montalette, who was born in Paris, France, and spent his childhood in New York City and London, England, enjoys traveling, hiking, and spending time with his family. Montalette is married to Yvonne. pmontalette1@gmail.com 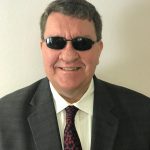 Ray Wright is originally from Southern California where he grew up with his two sisters that were both born profoundly deaf.  At the age of 22, he was diagnosed with a degenerative eye disease called Retinitis Pigmentosa and found out he was legally blind. He continued his work in the Motion Picture Exhibition field as a Theatre Manager, Promotions Coordinator, Company Photographer, and Graphic Designer. In 2001, Ray became totally blind and received blindness training in Northern California at the Orientation Center for the Blind. It was there he was introduced to woodworking as a blind individual.  After his training, he was elected to the Board of Directors at the Vista Center for the Blind in Palo Alto, California where he remained until
he moved to Utah in 2007. Ray became a student at DSBVI in 2008 where he focused on honing his blindness skills including advancing his woodworking knowledge. After graduating, he started his own woodworking business and continued to study, practice and demonstrate alternative approaches to non-visual woodworking techniques on a state and national level. Ray has entered his wooden creations in juried art exhibits in several states. He has won many blue ribbons for his designs.  In the Utah State Fair, he won Best of Show awards two consecutive years in a row.  Ray continues to own and operate his woodworking business and is currently the woodshop instructor at the Division of Services for the Blind and Visually Impaired in Salt Lake City where he is able to ”pay-it-forward” and teach and share his passion for woodworking. metaltipman@gmail.com 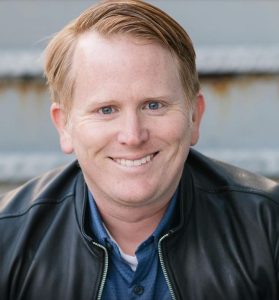 Jared Allebest was born in Los Angeles and grew up in Laguna Hills, California. He went to an oral school at Kaiser Elementary in Costa Mesa. He later attended University High School in Irvine, California which was a magnet school for Deaf and Hard of Hearing high school students. Jared learned ASL at University High and later went on a Sign Language mission for the LDS Church in Rochester, New York. After his mission, he went to Brigham Young University he graduated from BYU with a BA in English. A year later, he attended law school at Thomas Jefferson of School of Law in San Diego, California. He graduated in 2009 with a J.D. and moved to Utah to practice law. Jared opened up his own law practice, Allebest Law Group, and began representing both hearing and deaf clients on a wide variety of legal matters. He specialized in the following areas of law: family law, estate planning, business law, discrimination law, and Deaf Rights. He is currently working for Goldman Sachs and is the Co-Chair for Loop Utah, an ongoing advocacy campaign dedicated to educating Utah venues about the many benefits of hearing loop technology, which delivers sound directly to an individual’s telecoil-equipped hearing aid or cochlear implant and gives the Hard of Hearing (HoH) community the enriched experience they deserve in venues across the state of Utah. He has visited 27 countries around the world. jared@allebest.com Jared’s news story. 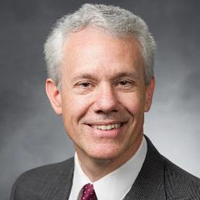 Sterling Hilton received a BA in Economics, an MA in Political Science, and an MS in Statistics from Brigham Young University. He received his Ph.D. in Biostatistics from Johns Hopkins University. He has been a faculty member at Brigham Young University for the past 20 years: 8 in the Dept. of Statistics and 12 in the Dept. of Educational Leadership. Sterling consults on a variety of medical research studies, including cystic fibrosis; however, his primary area of research is in mathematics education and educational systems change. He recently completed a seven-year stint as department chair and works with several doctoral students who are examining mechanisms and ways to increase principal capacity to bring about sustainable improvement in student learning. He and his wife, Heidi, are parents of four children and live in Orem. Their youngest has severe vision and hearing loss and is served by the Utah Schools for the Deaf and Blind. He has served as a member of his children’s schools’ community council for over ten years and is a strong advocate for public education as an institution. hiltons@byu.edu 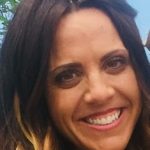 Sundie Goulding received her BS in Psychology at Westminster College, her Master’s in Developmental Psychology at the University of Pittsburgh, and her Early Childhood Credential and Deaf-blind Endorsement at the University of Utah. She has a lifelong passion for transforming the lives of children with sensory problems, particularly those children with Deaf-blindness.  For over 12 years, she has had the privilege of serving in multiple children with Deaf-blindness and their families for The Utah Schools for the Deaf and the Blind. When not with other families, she enjoys spending time with her own family of three girls! All of which keep her busy running from soccer games to dance performances.  sundieg@usdb.org 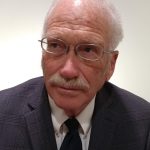 John Clements lost a significant portion of his vision as a young adult.  He began what would become a full working career with the Federal Government.  He completed his service as a Supervisory Management Program Analyst.  He earned a BA in English with a minor in Asian Studies from Weber State University.  He is an avid reader, taking full advantage of the opportunity provided by the NLB. He enjoys his family, reading, bike riding, and helping his granddaughter with her Chinese homework.  John has embraced technology, integrating it into his life to enhance and enable. klein21mb@gmail.com

Jill Weiss resides in Ogden with her husband and two young children.  She grew up in New Jersey and received her B.S in Education from the Kutztown University of Pennsylvania.  She received her master’s degree from Utah State University in Deaf Education with an endorsement in Listening and Spoken Language.  Currently, she works for the Utah School for the Deaf and the Blind as a Listening and Spoken Language Kindergarten Teacher. She is also pursuing her Ph.D. in literacy from St. John’s University. In her free time, Jill enjoys snowboarding, snowshoeing, hiking, trail running, and camping with her family.  She serves as a non-voting member of the Advisory Council. jillw@usdb.org 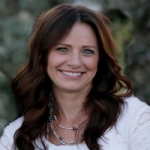 Karen and her husband Robb are the proud parents of four active and busy sons who they are privileged to focus their lives on. Karen was born and raised in Sydney, Australia, and moved to Utah in her high school years. While in high school she had the opportunity to work with students with significant cognitive disabilities and knew then that would be her life’s work and passion. She attended Utah State University where she graduated with a bachelor’s in Special Education and Early Childhood Education. It was during this time that she spent 18 months working with the Deaf and Hard of Hearing in Riverside, California, and Miami, Florida, and learned American Sign Language. After graduation, she taught students with significant cognitive disabilities and emotional and behavioral disorders before becoming a coordinator in the Special Education Department for the Ogden School District. During this time she completed a Master’s degree in Special Education with a specialization in Autism Education. She is currently the Director of Special Education for Ogden City Schools and is finishing her Ed.S. in Educational leadership. She is thrilled to be involved in the work of improving educational outcomes for all students.  harropk@ogdensd.org 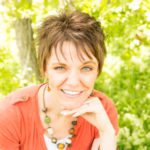 Jennifer (Jen) Hayes received her BS in Social Work from Idaho State University and her Master’s of Education in Communicative Disorders and Deaf Education from Utah State University with an emphasis in Deafblindness. She was part of the first cohort of Helen Keller Fellows and a contributor in creating the Open Hands Open Access (OHOA) Intervener Training Modules. As a mother of two deafblind children (one deceased, one living) and two typically developing children, the study of deafblindness has become part of her daily world and reality. Jen enjoys spending time with her family, reading, running, crocheting, knitting, crafting, and blogging. She is a mother, advocate, caregiver, student, and artist with a life-long passion to grow and learn while helping those around her achieve their best self regardless of their perceived limitations. jenhayescreations@gmail.com